What is extreme pressure antiwear agent?

In recent years, as people’s awareness of environmental protection has been gradually strengthened and environmental protection regulations have become increasingly strict, the use of chlorine-containing additives has gradually decreased due to toxicity and corrosive problems. For example, chlorine-containing gear oils have been replaced by sulfur-phosphorus gear oils. 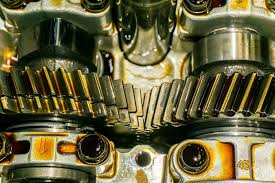 Due to the high melting point of iron sulfide (1193℃-1199℃), it has good heat resistance effect, and sulfur-containing extreme pressure antiwear agent has very high sintering load. However, the iron sulfide film does not have the layered structure of graphite, molybdenum disulfide, ferric chloride, etc., and its anti-friction performance is poor. At the same time, although the iron sulfide film has high melting point and hardness, its brittleness is also high. In addition, considering the sulfur content The compound has strong corrosive wear, so the anti-wear performance of sulfur additives is poor.

Phosphorus-containing additives have multiple functions such as extreme pressure, anti-wear, anti-friction, and anti-oxidation. They have good thermal stability, low corrosivity, and good compounding effects with other functional additives. They have been widely concerned by researchers and have developed rapidly in recent years. . There are also different opinions on the mechanism of action of phosphorus additives. Early scholars believed that phosphorus-containing compounds decomposed under the action of the instantaneous high temperature at the raised points of the friction surface, and formed iron phosphide with iron, and then formed the low-melting co-fusion gold with iron to flow to the recesses, smoothing the friction surface and preventing wear. Call this effect "chemical polishing". In recent years, some scholars believe that under boundary lubrication conditions, phosphide and iron do not produce iron phosphide, but a mixture of iron phosphite.