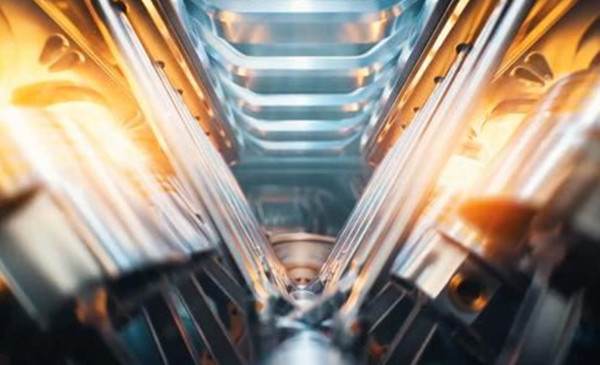 The robust suspension type was developed and applied earlier, and it is dispersed in the lubricant in the form of particles. The most famous solid suspension additives are molybdenum disulfide, graphite, and Teflon powder. Molybdenum disulfide and graphite are multilayer lamellar crystals. They have a strong adsorption force on the metal surface, but the interlayer shear resistance is feeble, so they have an excellent anti-friction and anti-friction effect in the boundary lubrication state. Resistant to high temperatures. Teflon powder is generally considered to be unable to form an adsorption film on the metal surface, but its particles can accelerate the running-in of the friction pair surface under boundary lubrication conditions, improve the smoothness, and reduce friction. The disadvantage of solid suspended oil additives is that the particles of lubricating oil additives may aggregate and delaminate during storage, and its anti-friction effect will be reduced. At the same time, the lubricating oil will become cloudy, the color will be darkened, and the appearance will be damaged. Most critically, there is also the possibility of particles clogging the filter or being separated from the lubricant by a centrifugal filter.

In recent years, oil-soluble lubricating oil additives use compounds such as organic molybdenum, organic tungsten, natural boron, and ashless organic esters as friction modifiers, which not only have anti-friction properties at ordinary temperatures but also can react chemically at high temperatures. Improve the condition of the friction surface, make the friction surface smoother, and the friction coefficient is about 0.05. Although friction reducer oil additive often has both antiwear effects, it is different from antiwear and extreme-pressure antiwear additives. Friction reducer oil additive forms a friction-reducing adsorption film or a friction-improving film under boundary lubrication conditions. The role of antiwear agents or EP additives is to protect the friction surface from sticking, seizing or sintering when the lubricating film is broken, and its active chemical elements (sulfur, phosphorus, etc.) chemically react with the metal to form an antiwear protective film. The antiwear film can support higher loads than the boundary lubrication film, but the friction coefficient is much larger than the boundary lubrication film.

For automobiles, the boundary lubrication mainly occurs in the piston ring of the engine and its corresponding cylinder liner at the top dead center, and the surface of the main reducer gear. Besides, crankshaft bearings and connecting rod bearings will experience boundary lubrication when the engine starts, stops, and accelerates under heavy load or suddenly loads at a certain speed. When the camshaft and lifter, rocker arm and valve lifter of high compression ratio engine valve mechanism are operating under heavy load, the friction surface is also in the state of boundary lubrication. Therefore, adding appropriate friction reducer oil additive to automobile lubricating oil is an effective measure to reduce friction and save fuel. The fuel-saving rate is generally between 1% and 4%.

Antioxidants and antiseptics can inhibit oil oxidation and are mainly used in industrial lubricants, internal combustion engine oils, and process oils. A metal passivation agent is also an antioxidant. It does not have an antioxidant effect, but indirectly "passivates" metal activity, inhibits the catalytic effect of metals and their compounds on the oxidation of oil products, reduces oil damage, and prolongs oil life.

EP additives are additives that can form a high melting point chemical reaction film with metal surfaces under high-temperature and high-pressure boundary lubrication conditions to prevent melting, seizure, and scratching. Its role is to react its decomposition products with metals at high friction temperatures to produce compounds with lower shear stresses and melting points than pure metals, thereby preventing contact surface seizure and welding and effectively protecting metal surfaces. EP additives are mainly used in industrial gear oil, hydraulic oil, guide rail oil, cutting fat, and other oils with extreme pressure requirements to improve the intense pressure and wear resistance of oil products. Any additive that can make the lubricating oil increase the strength of the oil film, reduce the coefficient of friction, improve the antiwear ability, and reduce friction and wear between moving parts is called an oil-based agent.

Viscosity index improvers are oil-soluble, chain-like polymers with a relative molecular mass of tens of thousands to millions. When they are dissolved in the lubricating oil, they exist in the form of filaments at low temperatures, which has little effect on the viscosity of the lubricant. As the heat of the lubricant increases, the threads expand the effective volume increases and the resistance to the flow of the grease. The growth leads to a relatively significant increase in the viscosity of the oil. Based on the fact that viscosity index improvers have different forms and have different effects on thickness at different temperatures, they can increase viscosity and improve viscosity-temperature performance. Therefore, viscosity index improvers are mainly used to increase the viscosity index of lubricants, improve viscosity-temperature performance, and increase viscosity. It can be used to formulate thickener oil so that the formulated oil has excellent viscosity-temperature performance, makes it good at low-temperature stability, low fuel consumption, and has a specific antiwear effect. The role of the preservative is to form a strong adsorption film on the metal surface to suppress the contact of oxygen and water, especially water, on the metal surface so that the metal will not rust.

Rust inhibitors are mainly used in industrial lubricants and metal processing cooling lubricants, metal protective oils, etc. After the oil temperature drops to a certain level, it will lose fluidity and solidify. The function of the pour point depressant is mainly to reduce the freezing point of the oil and ensure that the oil can flow at low temperatures.

With the continuous improvement of the quality level of lubricating oils, car engine oil additives have included a variety of surface-active additives, such as antioxidants and antiseptics, metal salt detergents, dispersants, extreme pressure anti wear additives, and rust inhibitors. Test balance will not cause mutual interference and synergy between various additives. If an inappropriate engine additive is added again, it may be affected by the interference between different additives, and their regular performance may be modified, especially for high-quality G-class and higher engine lubricants, which cannot be ignored. Therefore, the selected car engine oil additives must be compatible with the original additives in the lubricating oil to properly exert its energy-saving and anti-friction effect. For the user, after adding energy-saving anti-friction agent in the lubricating oil, it is best to observe the lubricating oil frequently to grasp the change of its condition for a long time.