Lubricant additives are an indispensable and essential component of lubricating oils, which are used to make up or improve the shortage of lubricating base oils and to give them new properties. A country's lubricant consumption level can reflect the country's economic level and industrial conditions.The friction modifier is an essential part of lubricants.

What is friction modifier? 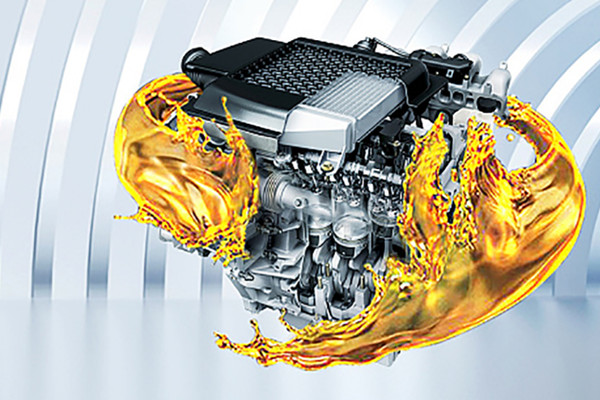 Although the specific reaction mechanism of the lubrication theory community has not been determined so far, from the effect of practical use, these chemical reaction films also have excellent anti-friction performance. In the case where the addition amount of friction modifier is very low, the friction coefficient can be significantly reduced. And this kind of chemical protective film also has excellent shear performance, and the sheared layer can be easily supplemented, which can continuously form a "dynamic balance" of the protective film on the lubricated surface. On the other hand, this kind of friction modifier also often has a particular ability to enhance extreme pressure. At the same time, it can reflect better synergistic performance with other differential friction modifiers, which is also very helpful for improving the PB value and PD value of oil products.

What does friction modifier do?

Energy-saving plays an essential role in alleviating global pressure on energy and the environment. As a kind of energy-saving technology, low friction technology needs further research and improvement. Reducing friction in the use of lubricating oil can be achieved through methods such as improving engine design, improving mechanical materials, and using energy-saving lubricating technologies. Currently, there are two ways to improve the energy-saving effect of lubricants by appropriately reducing the viscosity of the oil and adding a friction modifier. By reducing the friction coefficient between surfaces, fuel economy is improved, and energy loss is reduced. At present, the friction and wear tester and modern analysis technology are mostly used to study the friction reduction performance of friction modifier additives. I have a particular understanding of the production of different friction modifier additives.

The main difference between friction modifier additive and EP additives is their different mechanism and performance. Ep additives are generally compounds containing sulphur and phosphorus. These compounds can form a robust lubricating layer under severe load conditions. Boundary lubrication generates a higher temperature typically on the friction surface. These compounds will form a semi-plastic deposit protection film on the surface of the friction pair, which is not easy to shear. Therefore, the EP additives protects the close-contact metal surface and prevents the corresponding surface from being affected. Raised damage. Their primary role is to improve the load and extreme pressure performance of lubricating oil products, that is, the maximum non-seizure load (PB value) and sintering load (PD value), while protecting the friction surface of the engine. However, it is known from many tests and practices that most extreme pressure antiwear agents have little performance in improving friction and reducing friction coefficient.

On the contrary, for the chemical reaction protective film, sufficient surface temperature is required when the friction-reducing effect occurs. It can also be an instantaneous and high friction surface temperature. Only under high-temperature conditions can the chemical reaction be achieved. Form a protective layer. Under the trend of miniaturization and high power of the internal combustion engine and top temperature of the combustion chamber, the friction reducer oil additive capable of generating a chemical protective film will be increasingly valued and widely used.

Oil-soluble organic molybdenum compounds have excellent anti-friction properties and can significantly reduce the friction coefficient of moving contact parts. Liquid moly oil additive is the best friction modifier. The moly oil additives currently developed mainly include dialkyl molybdenum thiosulfate (MoDTP), molybdenum dialkyl dithiocarbamate (MoDTC) and trinuclear molybdenum compounds. Although their friction reduction mechanism has not yet been determined, most opinions are that they produce a chemical reaction with the metal surface in the lubrication zone to create a chemical reaction film. A secondary structure film (<50 Dm) is formed on the surface, and MoS and MoO enter the metal surface. MoDTC, MoDTP, and trinuclear molybdenum compounds will decompose MoS on the surface of the micro convex body of the friction surface during the lubrication process. The MoS decomposed gathers in the concave valleys of the surface, thus making the friction surface smooth so that it can last effectively Reduce the friction factor. Liquid moly oil additive is split into organic groups and metallic molybdenum under the influence of higher thermal energy in the friction zone. Molybdenum diffuses on the friction surface and forms a low melting point substance with other metals, which reduces the friction factor and reduces friction losses.

Infomak is dedicated to the technology development of special friction modifier, combined the Technology of nanomaterials developed dry lubricant and oil additives two series. Our products can significantly improve the performance of lubricating oil, improve energy efficiency, effectively protect the lubrication device and extend the oil change cycle, which can satisfy the lubrication oil constantly upgrading for high-end engine oil additives. Contact us.