The Massive Loss That Attrition, Wear Brings, The Lubricant Is the Only Shortcut That Solves This One Problem

Friction is universal. Statistics show that friction consumes one-third of the world's primary energy, and 80 percent of machine parts fail because of wear and tear. According to statistics, the annual loss caused by friction and wear in the United States, Britain, Germany, and other industrial developed countries account for about 2% to 7% of their gross national product (GDP). According to the GDP of the United States, the annual loss caused by friction and wear is estimated to be up to 150 billion us dollars. Reducing friction reduces energy consumption, which not only reduces the impact on oil resources but also means reducing CO2 emissions, which reduces the pressure on the environment and public health.

The importance of studying tribology

The study of friction, wear, and lubrication involves many fields such as materials, chemistry, mechanics, physics, and mechanics. These studies are of great significance for improving the reliability of mechanical equipment, improving work efficiency and product quality, and developing high technology and lubrication protection materials and technologies used in the field of national security. Tribology in the national economy and social development of the strategic position and important role, not only reflected in energy saving, consumption reduction and emission reduction, solve the problem of tribology, but also can significantly improve the reliability of mechanical systems in the field of aerospace, reduce and prevent the occurrence of major catastrophic accidents. Tribology is a vital force for the country to save resources and energy, protect the ecological environment, and realize the coordinated development of industrial society, natural ecology, and environmental resources.

Wear is due to mechanical action, sometimes accompanied by chemical reaction (refers to corrosion wear) and electrical activity (Edm wear), the material surface in the relative motion of the constant loss of the phenomenon, is accompanied by friction and the inevitable result, there is friction is wear. To reduce the consumption of materials and energy and extend the service life of parts, it is necessary to reduce friction and wear. Many antifriction and wear-resistant coatings have been successfully prepared by electroplating, electroless plating, and composite plating.

The fundamental cause of wear is the result of mechanical, physical, and chemical interaction between the object subjected to tribological load and the relevant elements in the friction pair system. What kind of communication occurs depends on the nature of all the aspects involved in the wear process, such as the type of motion, the motion process, the average load, the speed, the temperature, the surface characteristics, and the duration of the amount. 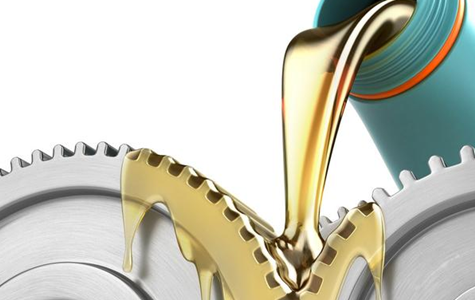 Some machine parts such as cams, gears, and rolling bearings, in rolling or rolling and sliding under the action of a joint cause of surface fatigue, a peeling phenomenon called fatigue wear.

The wear and tear that work together are called corrosion wear.

Wear caused by solid particles or fluids striking the surface of a material at a certain speed, and Angle is called erosion wear.

The wear between two contact surfaces caused by a small amplitude of relative vibration is called fretting wear.