How Important Is The Lubricant Film?

When it comes to lubrication, what do you think of? It should first produce a thick film to separate the base oil on the two metal surfaces, because the role of lubricating oil is to avoid surface contact between metals. Therefore, under this demand, the oil must be able to provide the ability to separate the friction surface, which requires three supporting factors-relative speed, base oil viscosity and load. These three factors are also affected by temperature, pollution and other factors. When the oil film thickness balances these factors, that is, a viscous fluid film is generated by the relative speed to completely separate the two friction surfaces, and the pressure generated by the fluid film balances the external load, it is called hydrodynamic lubrication.

In applications with rolling contact (negligible relative sliding motion), even with a large local pressure point, it may affect the thickness of the oil film between the metal surfaces. In fact, these pressure points also play an important role. The relationship between the pressure and viscosity of the base oil allows the viscosity of the oil to temporarily increase due to higher pressure. This is called elastohydrodynamic lubrication. Although the oil film will be very thin, it can still produce a complete oil film separation. 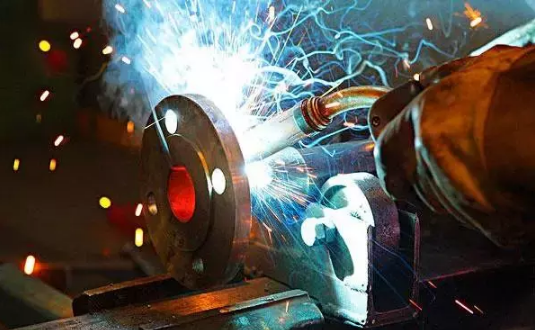 In practice, the ideal state of the machine surface is to achieve complete separation, and the thickness of the film is to provide the best protection for reducing friction and wear. But if there are no conditions to meet these oil film thicknesses, such as when the relative flow rate is insufficient, the viscosity is insufficient, or the load is too large, what will happen? In fact, the design and operating parameters of most machines allow insufficient speed, such as when starting, stopping or changing direction. When the temperature is too high, the viscosity will decrease, and excessive pollution will also cause the abrasive particles in the oil film gap to contact.

When the prerequisites for hydrodynamic or elastohydrodynamic lubrication are not met, the base oil will seek support under the so-called boundary contact conditions. This support factor requires the search for additives with friction and wear control properties. Therefore, the base oil and additives are blended together to produce lubricating grease products that meet specific needs, thereby reducing the expected boundary lubrication, and the lubricant has oil film strength and boundary lubrication properties.

The role of oil film

The strength of the oil film is an important factor in addition to the thickness of the oil film to reduce friction and control wear. As mentioned above, in fluid dynamics and elastohydrodynamic lubrication, viscosity is the key to the thickness of the oil film. When the base oil viscosity is not enough to overcome the surface friction between metals, the base oil and additives are required to produce a chemical synergistic effect to form a surface protection mechanism. Under these boundary conditions, boundary lubrication will also be affected by the chemical and physical properties of the mechanical surface and any other environmental factors, so even when the load is heavy, the temperature is high, or the relative surface velocity is low, the oil film strength will be improved. . 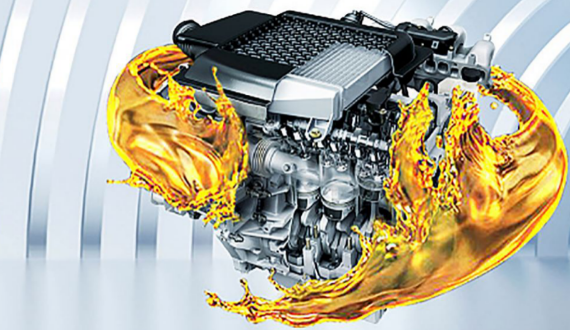 If you observe the mechanical contact surfaces at the molecular level under a microscope, you will find that even though they are processed very smoothly, they are actually relatively rough. This is like an astronaut looking at the earth from a distant space perspective, the earth is a perfectly smooth sphere, while people standing on the surface of the earth see the earth as full of high and low mountains and valleys.

This is because when two metal surfaces are in contact, the actual contact area will be significantly lower than the apparent contact area. From the "microscopic mountain" under the microscope, these contact surfaces are the highest points of unevenness, and the contact rate of low rough surfaces is low. These rough surfaces will undergo elastic deformation due to the corresponding shear strength of the metal. Therefore, the initial contact point first produces elastic deformation, and then more contact points will be connected, and the actual contact area will increase as the load intensity increases.

Friction is the process in which the sliding motion of the interacting surface is subjected to several influencing parameters to produce resistance. Most people think that surface roughness is the main factor in friction. However, when considering that the actual contact area may be less than 1% of the apparent contact area, the actual roughness becomes less important. The cause of friction should be the result of adhesion at the molecular level of rough contact.

How does wear occur?

In the case of insufficient lubricating film thickness on the metal surface, rough contact points may cause cold welding, which is a prerequisite for adhesive wear. The adhesion on these rough points undergoes a hardening process of reinforcement, therefore, the shear point generally occurs at the level below the rough contact point where the metal is not strengthened. As metal shears, the rough tip is either transferred to another surface or broken down into an abrasive particle.

Adhesion is generally considered the initial form of mechanical wear. In addition to the wear of the abrasive grains, there are external sources of wear, causing the abrasive wear to become more destructive. This form of wear is called three-body wear. The two-body wear is caused by sharp surface contact points produced by cutting or planing.

Surface fatigue occurs during rolling contact. The fatigue mechanism comes from the formation of cracks on the working surface or inside the surface layer and growth. High stress under surface rolling conditions can cause fatigue wear.

How to control friction and wear?

The friction and wear control additive is mixed with a small amount of base oil, which has the polarity to promote the adsorption of the metal surface. Due to the interaction conditions, these adsorption forces chemically react with the surface, which is inversely proportional to the conditions that produce sufficient oil film thickness: higher pressure and higher temperature.

When the surface of the machine interacts with higher pressure and temperature, the additive reduces the impact of metal-to-metal contact (wear) by creating a more ductile initial molecular layer on the machine surface. These friction control layers directly reduce the contact process The shear strength becomes a "victim". The initial layer can release the force of the weaker molecular bond of the lubricant and the rough boundary conditions between the metal and the metal to produce a strong bond, thereby reducing friction. The formation of low-shear-strength films is also affected by the type of basic raw materials and mechanical surface metallurgy.

Polar compounds such as fatty acids added to the base oil, by forming a soap film, reduce friction at low sliding speeds. They are usually used for components that require fuel economy to reduce friction and stick-slip at low speeds, such as in engines or transmissions. They act as anti-wear additives, but are more effective than anti-wear additives at light loads and do not require high temperature conditions. However, when the metal surface reacts more strongly to fatty acids to produce metal soap, the decomposition temperature will be higher.

These polar compounds are usually based on sulfur or phosphorus, such as zinc dialkyldithiophosphate (zinc alkyl dithiophosphate, ZDDP oil additive) type additives, which are developed to chemically react with the metal surface only under boundary conditions. Anti-wear additives are more effective at higher temperatures, where they become more active and produce barrier films. ZDDP oil additive has been widely used for wear protection and can also be used as an antioxidant in oil.

When the surface temperature is too high, the function of friction modifier and even EP additives begins to weaken. EP additives are also based on sulfur and phosphorus, and are the best choice under high temperature conditions. These additives can form soap-like films with low shear strength to react with metal surfaces and can withstand relatively high temperatures. Although this reaction is conducive to the formation of oil film, it may also lead to more chemical corrosion of reactive metals, so be careful.