Research and Development Status of Organic Molybdenum As Oil Additives

Friction is standard on two surfaces that are in contact with each other and move with each other. The mechanical motion resistance caused by friction will cause energy loss, as well as surface wear. In severe cases, it will even cause wear and tear of parts and components. At present, about one-third of the world's total energy is consumed by friction. To reduce friction and energy consumption, the world is vigorously developing various lubrication materials. Molybdenum-containing lubricating materials have excellent friction properties due to their ability to form complex Mo-containing lubricant films on friction surfaces and have been widely used worldwide. China is the country with the most significant molybdenum production, and molybdenum production ranks second in the world. 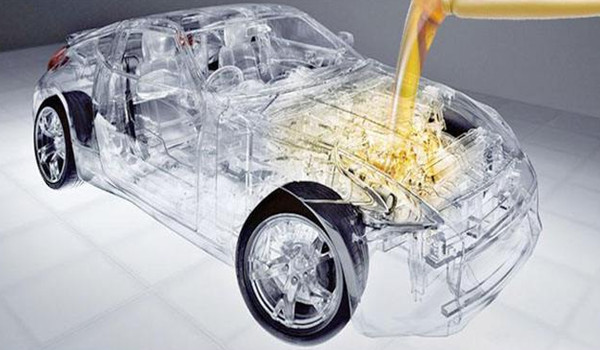 Among the molybdenum type lubricating materials, molybdenum disulfide (MoS2) was the earliest used. MoS2 is a solid lubricant. As the first generation of molybdenum-containing grease, its graphite-like layered structure and weak Van der Waals force between layers make it have excellent anti-friction performance. However, MoS2 is susceptible to precipitation in oil, so it cannot be used as an oil additive. The second and third generation of molybdenum-containing additives is oil-soluble organic molybdenum. This lubricant can dissolve evenly in the oil and stably disperse. It solves the problem of solubility in oil and becomes the ideal oil additive. Among them, the second generation is molybdenum dialkyl dithiophosphate (MoDDP). This organic molybdenum can significantly reduce friction and wear in lubricating oils, reduce wear by more than 50% in base oils, and also in refined oils. It can play a significant anti-wear effect. However, MoDDP contains phosphorus, which causes pollution to the environment and damages vehicle engines. To reduce the toxicity of phosphorus to engine catalysts, in the GF-4 specification issued by the International Committee for Standardization and Demonstration of Lubricants, the phosphorus content is required to be no more than 0.08%. The GF-5 introduced at the end of 2009 introduced a phosphorus volatility test Procedure III GB test puts forward higher requirements for phosphorus content.

For this reason, a third-generation molybdenum lubricant appeared, which was a Molybdenum dialkyl dithiocarbamate (MoDTC) obtained by dephosphorizing and introducing amino groups (NH2) based on the second generation. This organic molybdenum has the function of anti-oxidation and particular anti-corrosion ability while maintaining the anti-friction and anti-wear properties. It can cooperate with other functional additives such as QDDP, detergent, dispersant. Studies have shown that oil-soluble organic molybdenum, as a highly effective lubricant additive, has a better friction reduction effect than the traditional QDD additives. At the same time, with the development of industry and environmental requirements, organic molybdenum additives are also continuously developing towards higher performance and low phosphorus and sulfur.

A large number of experiments have confirmed that organic molybdenum as the friction-reducing anti-wearing agent has strong adaptability, is widely used, can be added to a variety of lubricants and greases, and can be used for various friction pairs. In addition to conventional mineral oils such as 150SN and liquid paraffin, the molybdenum oil additive has excellent performance in synthetic oils such as PAO, polyether oil, and various vegetable oils. In addition to being mainly used in motor oil, it can also be used in rolling fluid In the grease of the vehicle chassis. Organic molybdenum additives have friction-reducing effects on friction pairs of various materials, such as alloy steel, phosphor bronze, and different diamond-like coatings.